Yes, Samgyetang is such a popular Korean traditional chicken soup and it’s very common to eat Samgyetang everywhere in Korea. But this one that I had with my family was quite different. 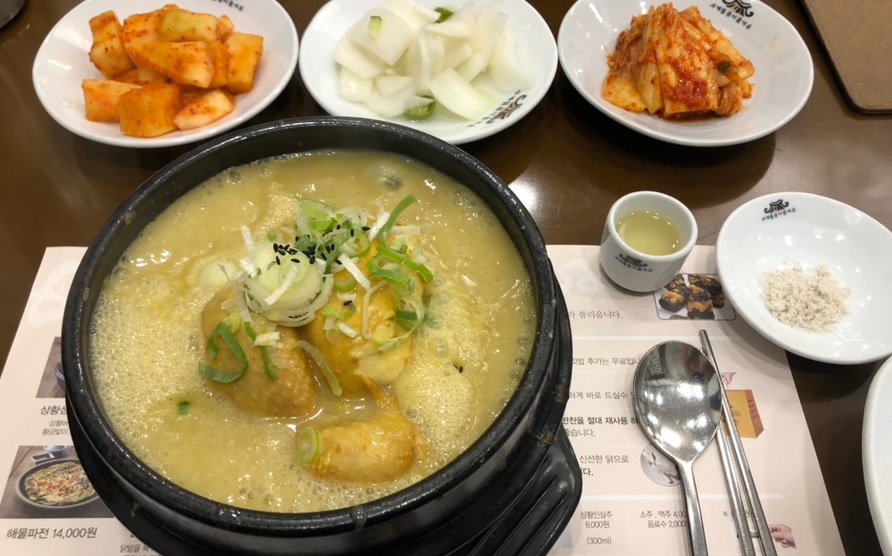 First of all, the color is yellow which is why it’s also called Golden Samgyetang. Most of them have a color close to white or clear like water but this one is yellow. I figured that it probably had some sulfur in it as an ingredient. 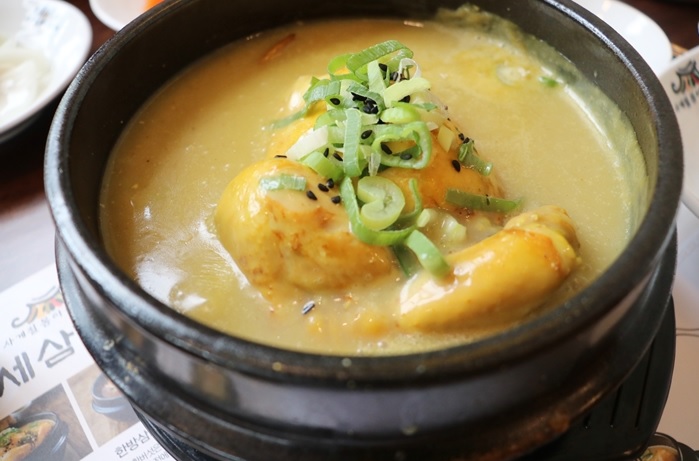 And the soup is much thicker than others. Some of you may not like it but I would say the taste is definitely much better because of the thicker soup. 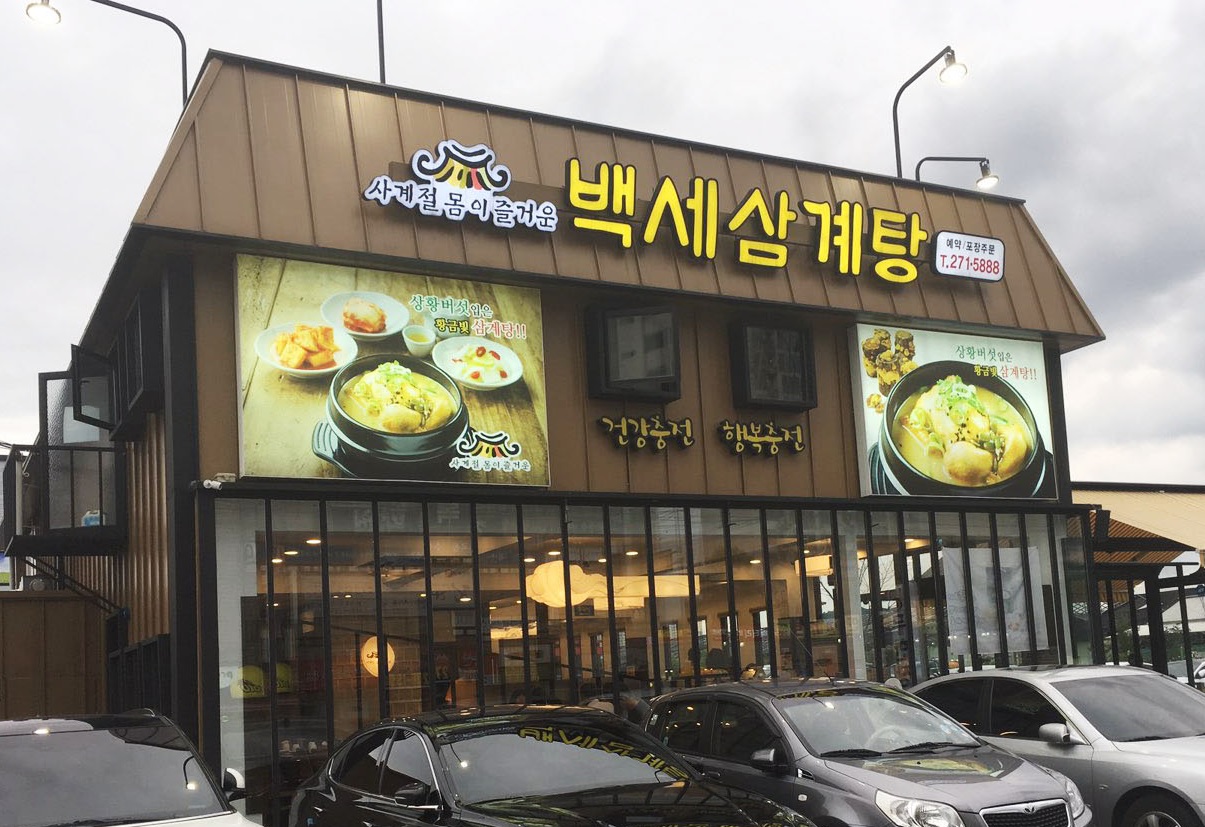 Maybe I’m not supposed to say this but the restaurant’s name has a unique word ‘Baekse’, meaning 100 years of age. They serve 100 year old chickens? Probably not, ha. It could mean that you might be able to live until 100 years old if you try this food. So it means this Samgyetang is that good for your health according to them. Besides, it was recently introduced on a TV show in Korea so you’ll probably have to wait in line to try it.

If you didn’t have a chance to eat Samgyetang yet then I would definitely recommend it because it is a traditional Korean soup. And if you already like eating Samgyetang, then try to visit this place for a difference in quality and taste. There’s a saying in Korea. Chickens are always right!