One of the Korean Top 3 Gamajatang Places!!

There must be a lot of Gamjatang restaurants in Korea because it is such a popular menu and it’s been loved by almost everyone in Korea for most of the time. Gamjatang is a spicy Korean soup made from the spine of a pig. It can be called ‘Pork backbone soup’ in English. Gamjatang and Ppyeohaejangguk are very similar soups with the main ingredient. I would say that the ppyeohaejangjuk is a dish for one person and it’s the only difference.

Gamjatang is originated in southern Korean province of Jeolla. It became popular because it is cheap and nutritious. It is served in a very salty broth with potatoes, sesame leaves, onions and other vegetables. Like most Korean meals, a bowl of rice makes it complete and it also can be such a great dish when you drink soju or beer. This restaurant has been introduced on the famous Korean cook show as one of the Top 3 Gamjatang restaurants. Luckily, I had a lot of chances to try this restaurant earlier because I used to work at the company near this restaurant. 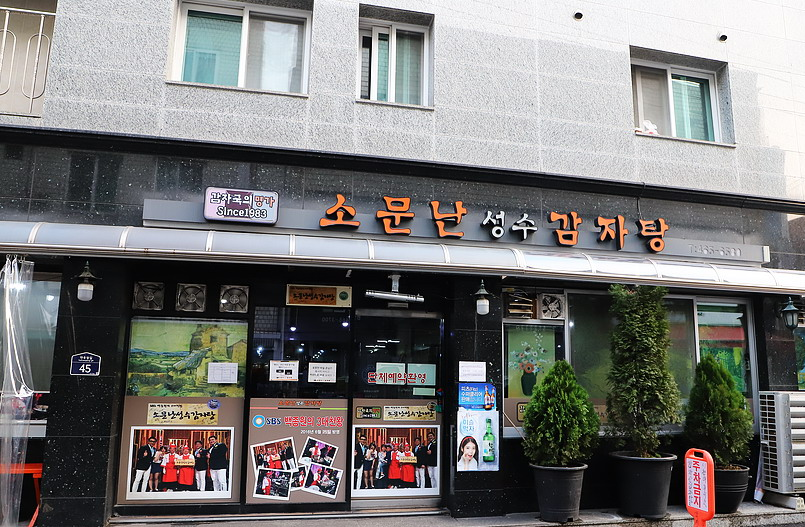 Maybe I’m not supposed to show this photo to you because it has the name of the restaurant. But I would open it for you so you can find this place easily. 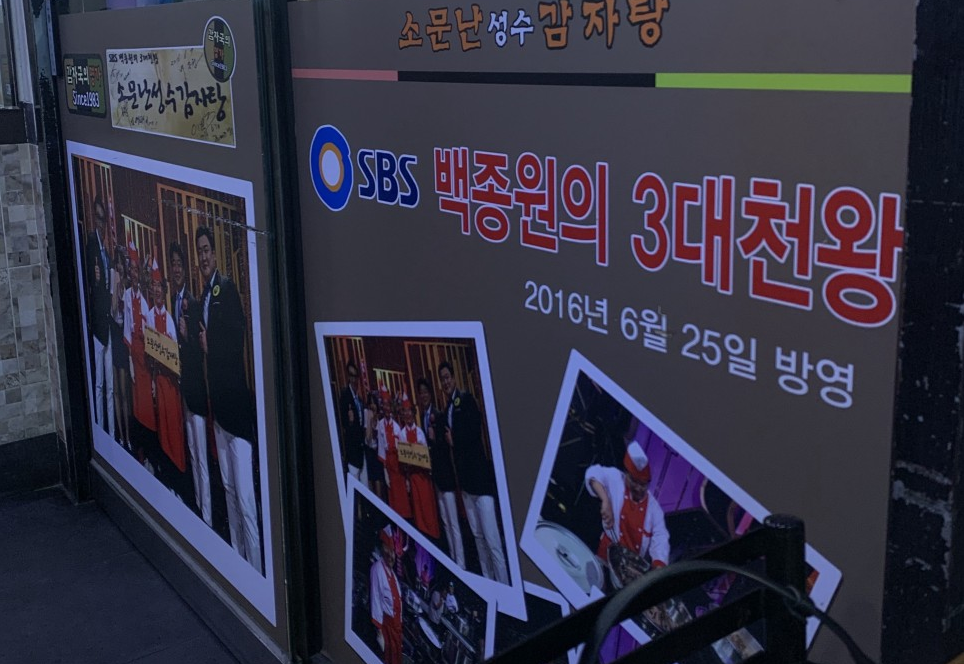 As I mentioned already, this place has been introduced on a TV show and it became more popular. You’re going to have to wait in line during lunch hours. 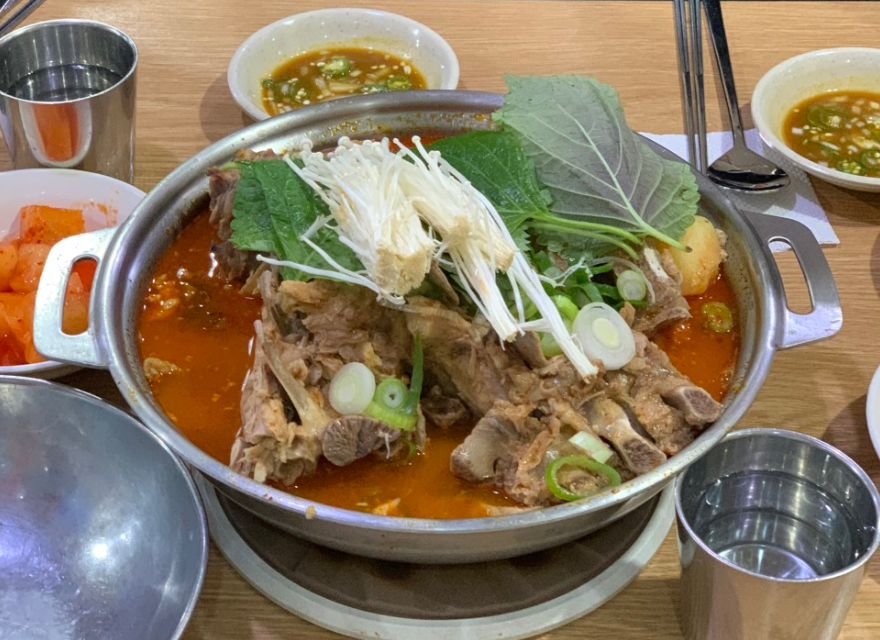 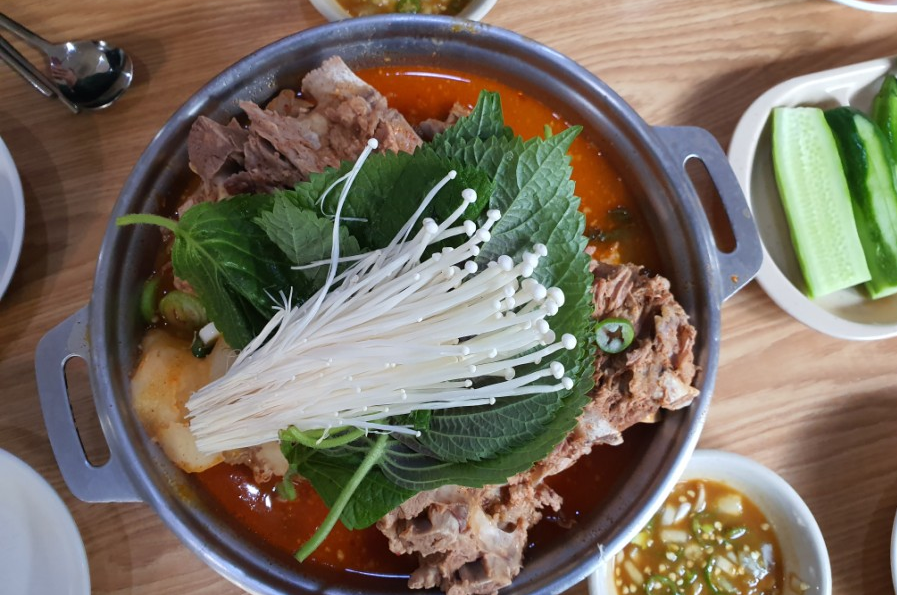 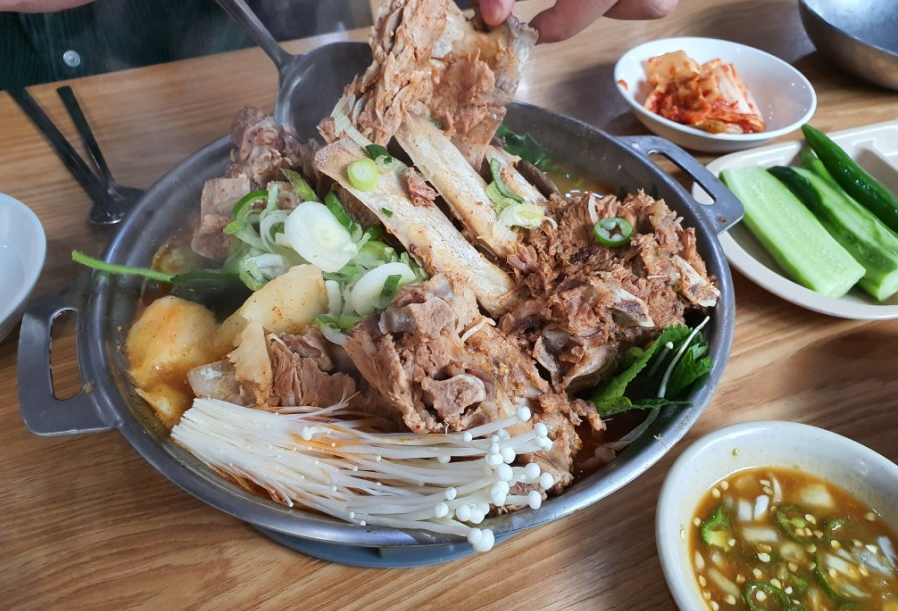 Look at the size of the bones. And they have lots of meat and it’s so tasty. 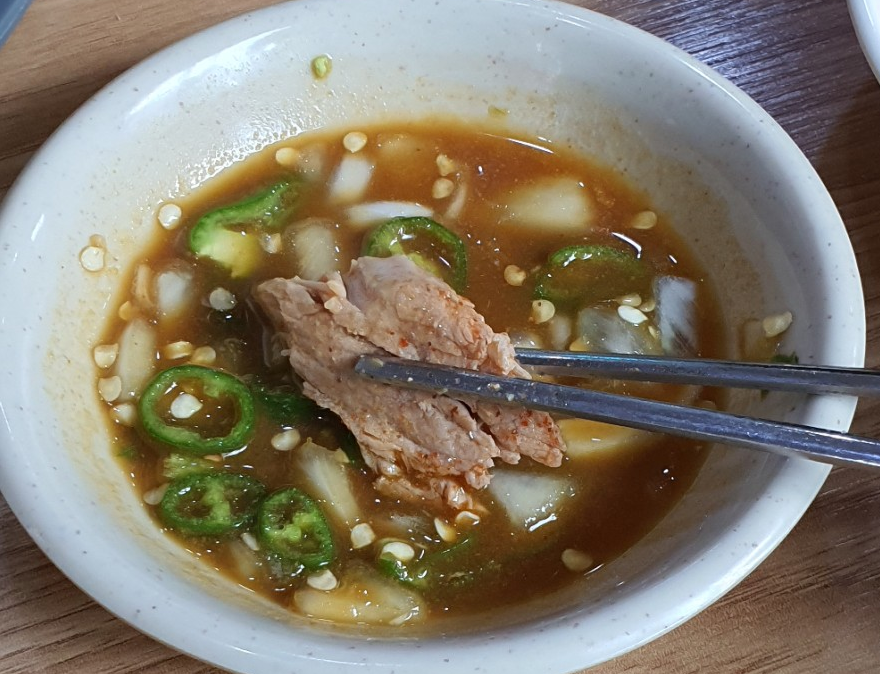 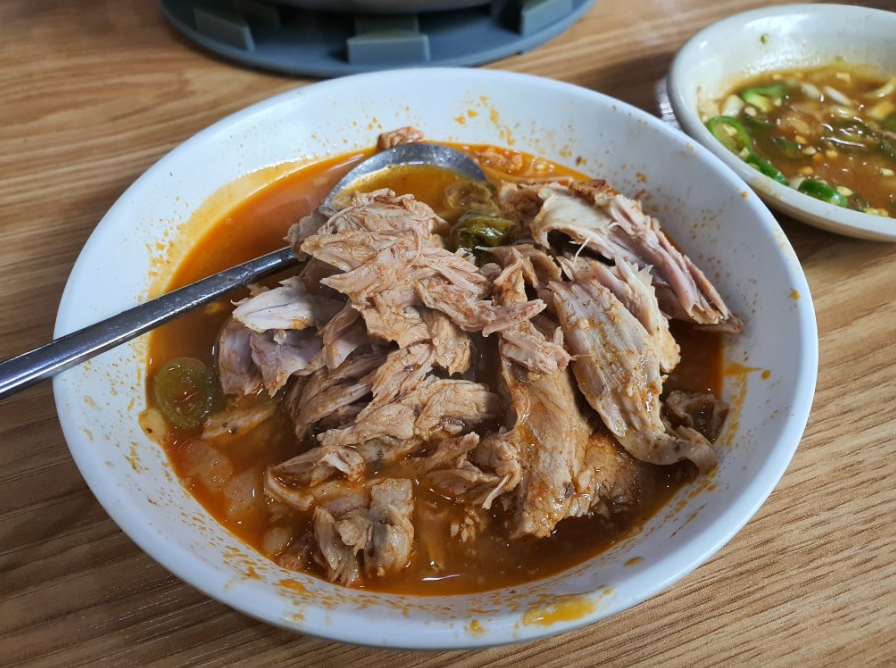 You can separate the meat from the bones and dip it in the sauce they provide. It’ll be melting in your mouth. The meat is so soft and very delicious. 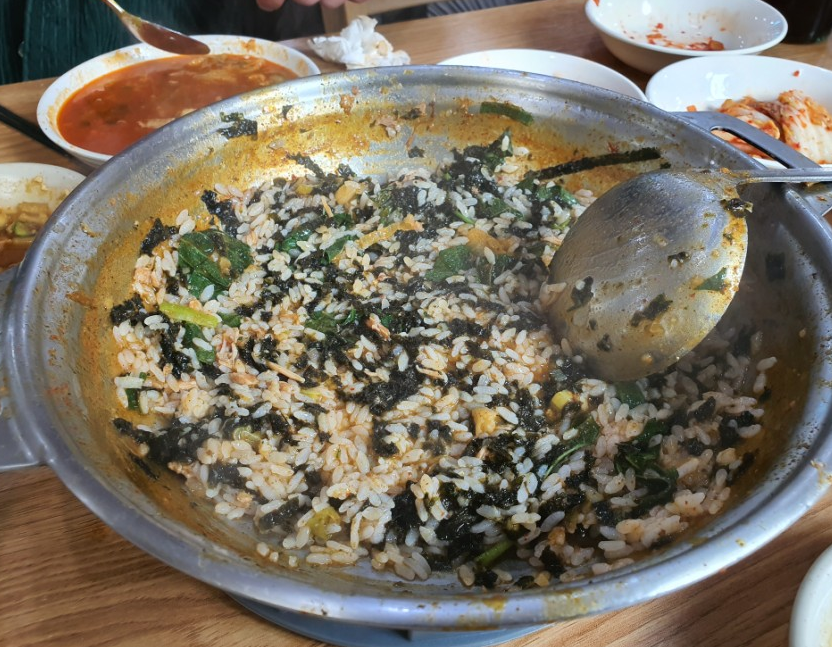 They will also provide you the stirred rice service so you can just order your rice for that. It is so satisfying. 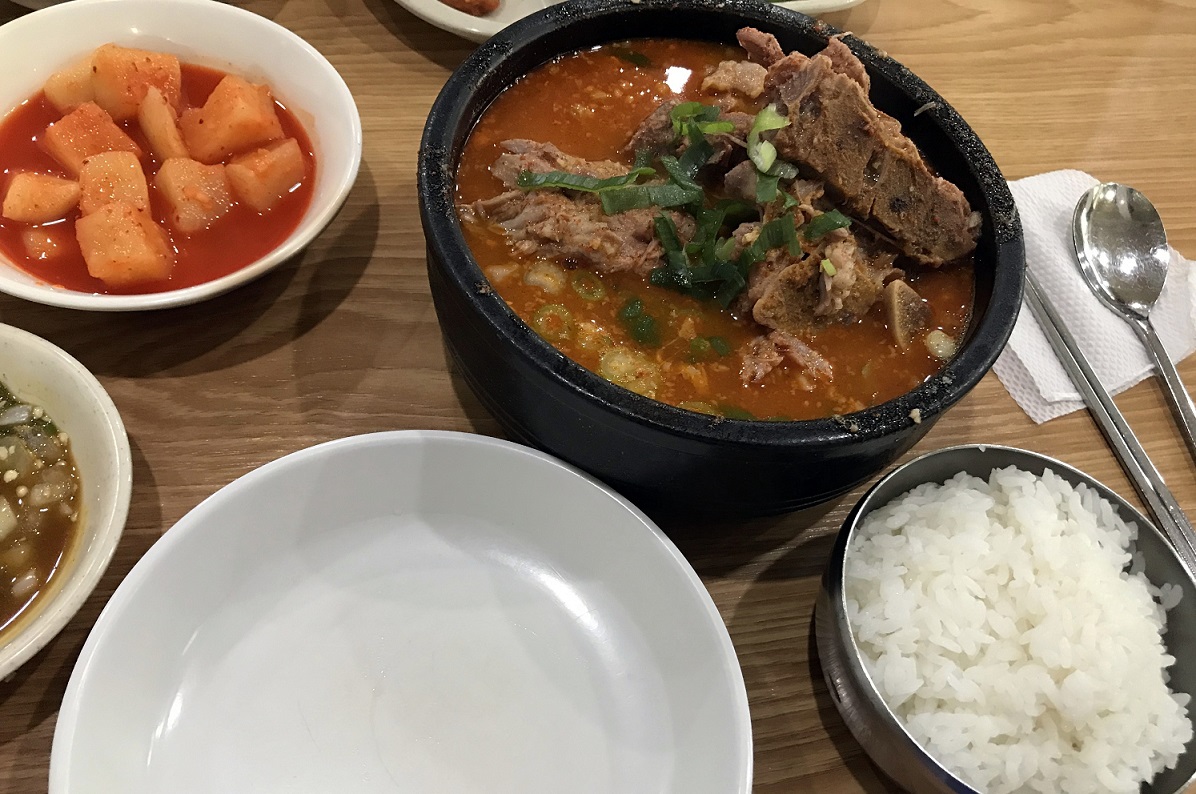 Ppyeohaejangguk looks like this. It’s served in a small earthenware bowl of gamjatang with a bowl of rice and it’s a set for one person usually. So you can visit here even if you want to find a place alone for a meal 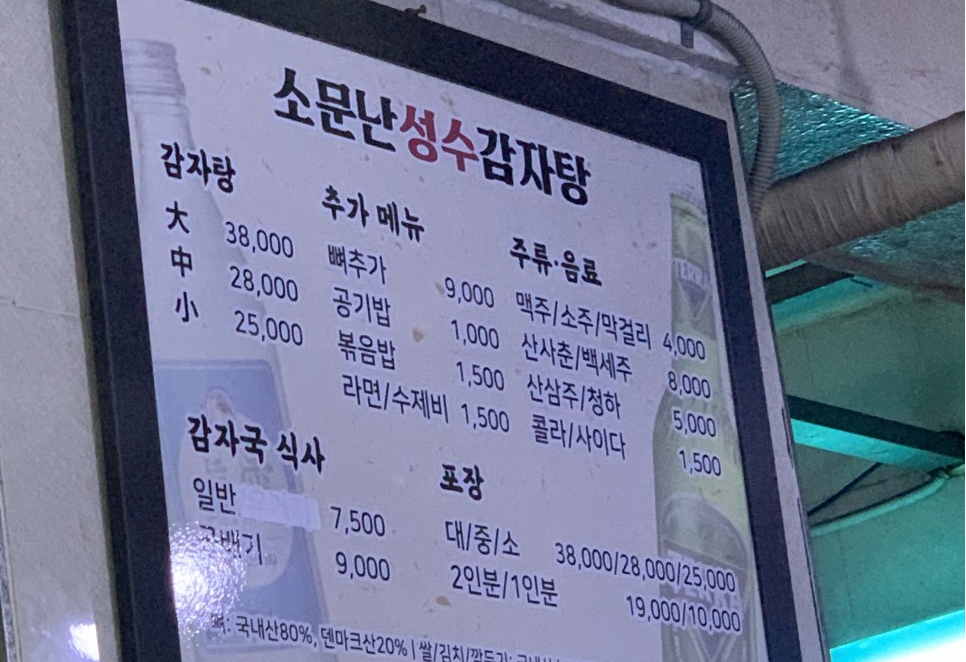 It’s not very expensive and that’s why it’s been so popular for such a long time. I have known this place for more than 10 years and this place is even more popular now.

Below is some more information about this restaurant if you’re interested in visiting here.