Korea, the whole country has been divided into the north and the south since 70 years ago which is such a big tragedy. And there are several unification observatories near the demilitarized zone (DMZ) that is running across the border line. One of the closest ones from Seoul is located in Paju city and many Korean people have visited here to learn about the history of the Korean War and North Korea.

Located in Tahhyeon-myeon, Paju-si, Odusan Unification Observatory was established to console the feelings of dispersed families and provide an educational site for the unification education through B5F to 1F in 1992. Since its opening, almost 1,900,000 people have visited the observatory to feel the reality of the division. To be honest, even Korean people don’t realize that their country has been divided and don’t care about North Korea most of the time but it is really important to learn and care about the national unification education. 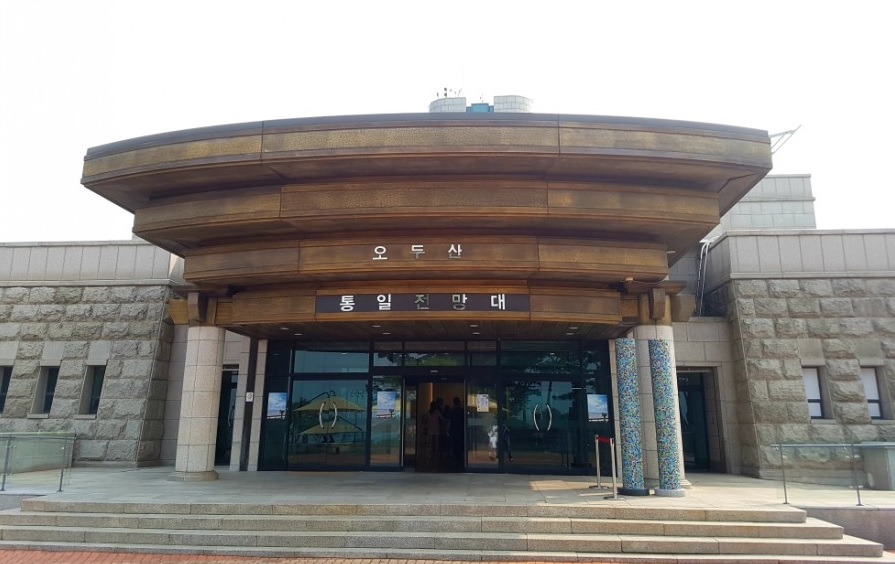 This is the main gate of the observatory. There is Mountain Odu nearby so it’s called Odusan Observatory.

The admission is not very expensive. And if you visit here in a group of more than 20 then you’ll get a discount.

This is the statue of Cho Man-sik, a nationalist activist in Korea’s Independent movement. He became involved in the power struggle that was against to North Korea. 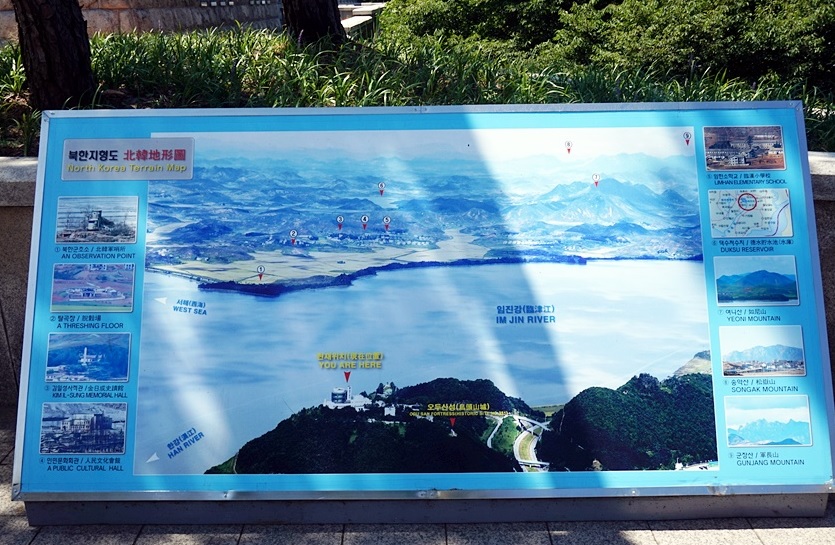 We can see the map of North Korea terrain from this location. We felt strange when we realized North Korea is right ahead of us.

I don’t know why we could see the KTX model in there. Maybe we could travel to North Korea by KTX one day? 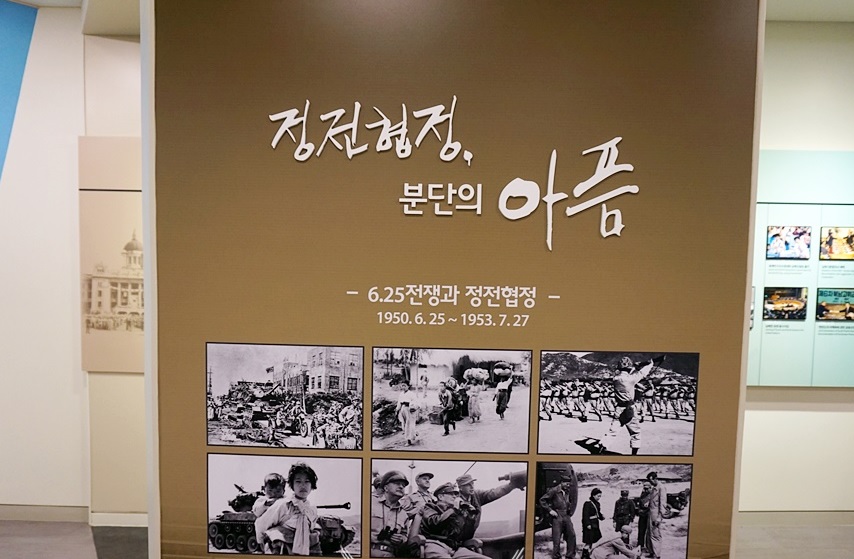 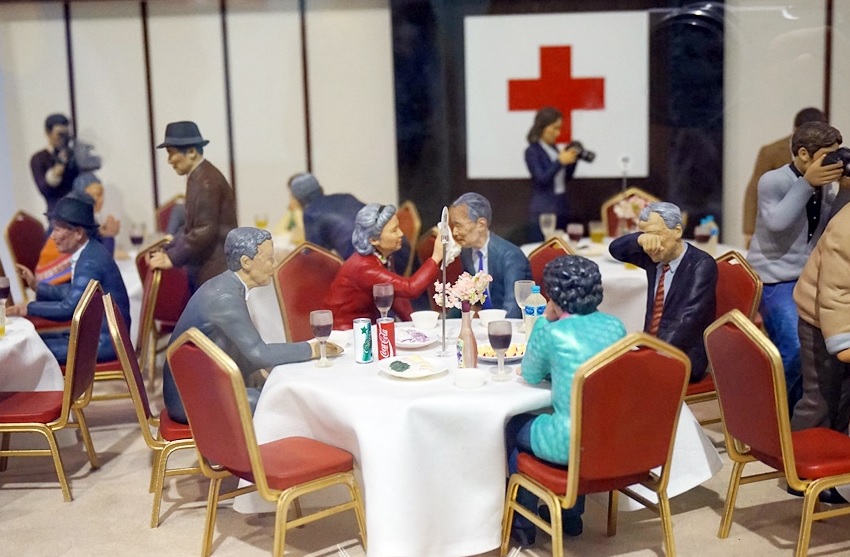 They’re showing us how tragic it is since the country has been divided. Look at those figures describing the reunions of separated families. 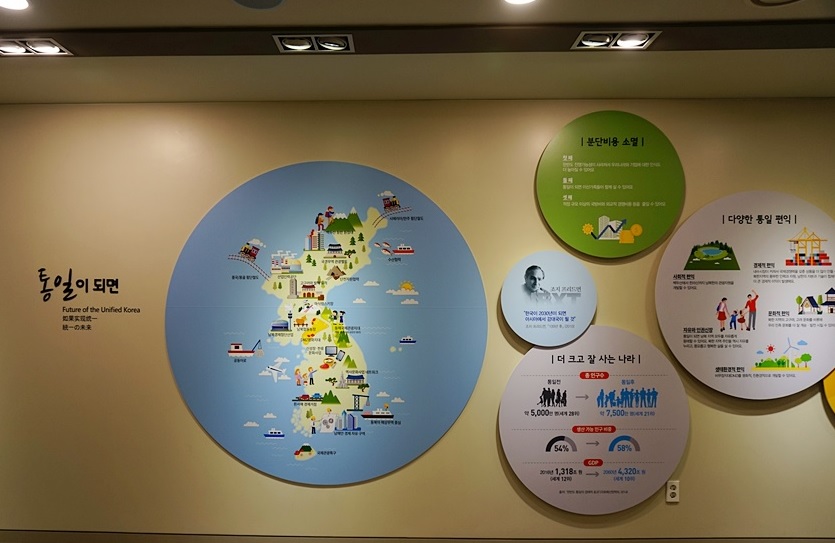 You can see the probable future of the United Korea on display. But I’ve been told that most people in South Korea don’t want to be reunified because it could break down the national economy. Actually, I believe so, too. 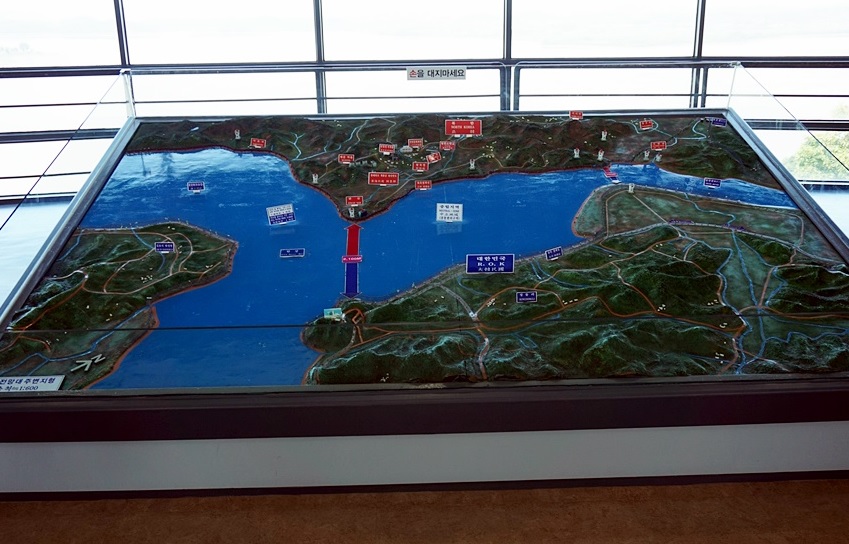 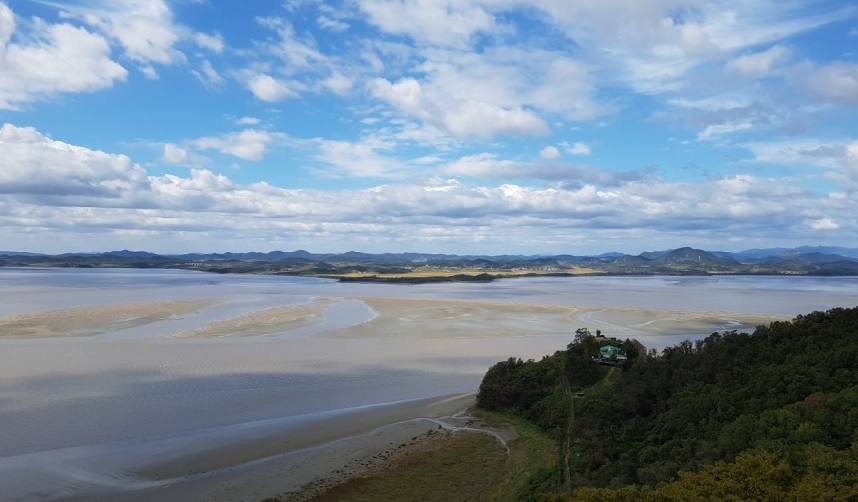 When you go up to the observatory deck, you can see the 3D display model of North Korea’s territory. And you can also see North Korea for real through the binoculars on the deck. 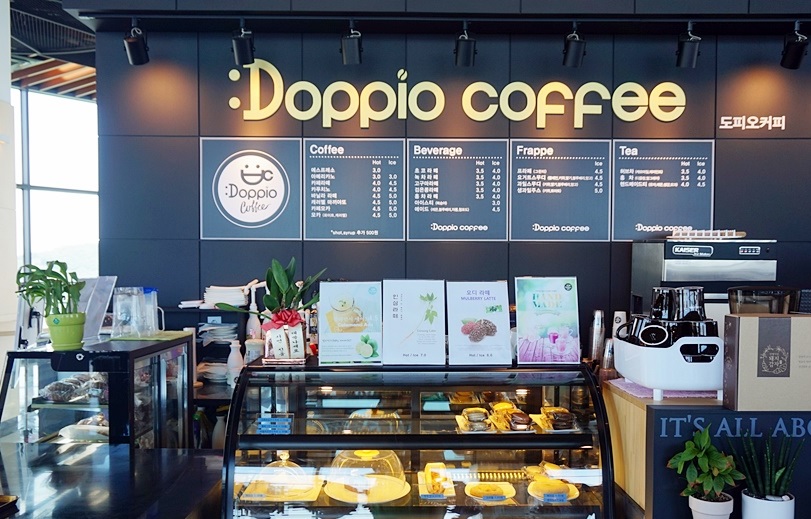 You can also drink coffee at the lounge. It was quite an impressive experience.

Here’s some more information about this place if you’re interested in visiting here sometime soon.