Another Theme Park in Daegu, E-World

One of my colleagues from Daegu introduced me a theme park. I always thought that most of theme parks only in Seoul or nearby were the popular ones. But I realized that I was wrong. You might want to go to this theme park which is called E-World if you have a chance to visit Daegu. Only the problem is that Daegu is too far away for me to visit.

This theme park features a waterfall, fountains, lighting displays, and flowers as well as rides and restaurants. It has several plazas characterized by different themes such as Entry Plaza, Central Plaza, Children’s Plaza and Young Town Plaza. It’s open all year round so you can go there any time you want. They also provide a huge parking place. There are 2,500 parking spaces available. 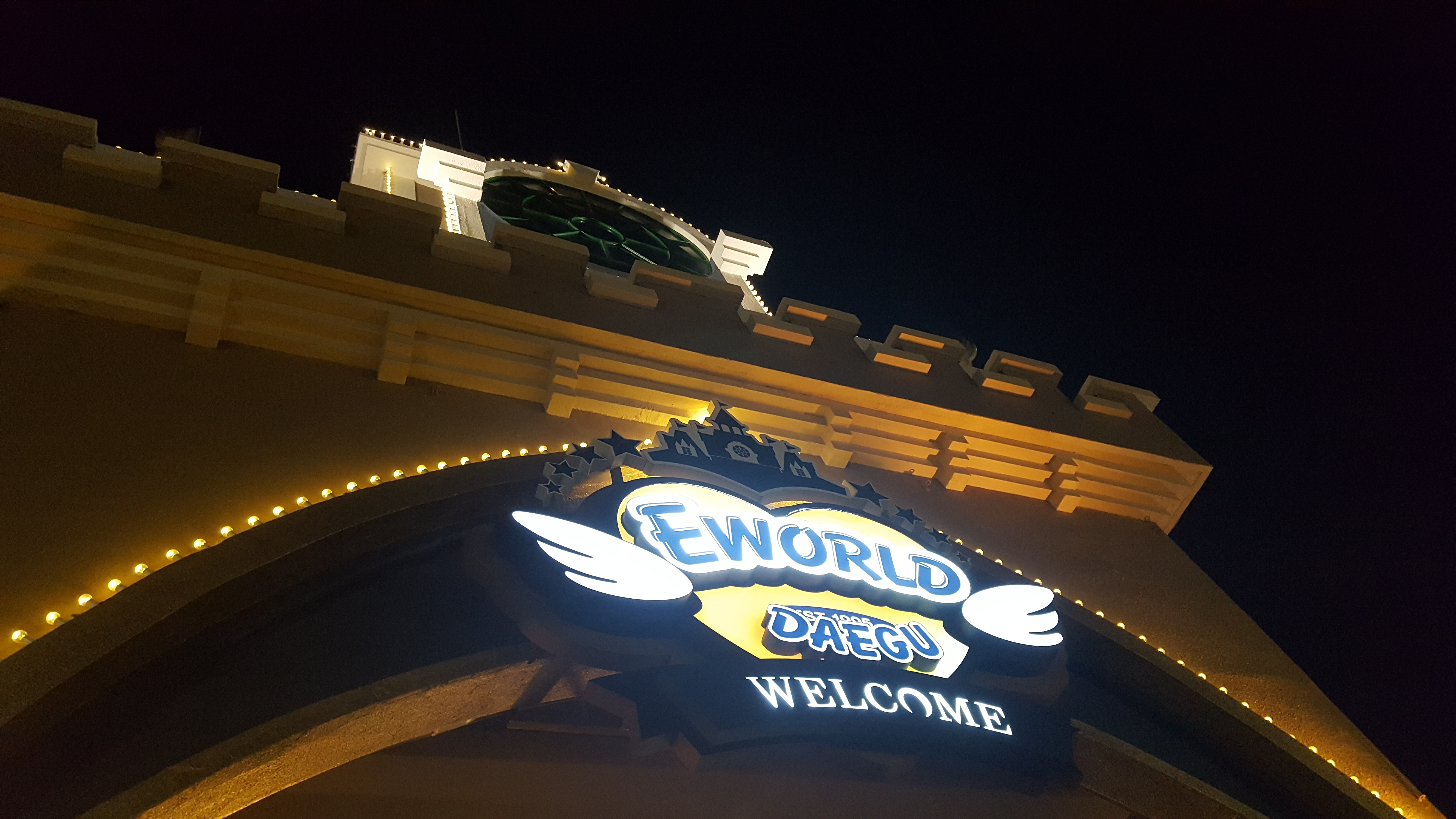 This is the main sign of E-World. It also shows that it’s in Daegu. 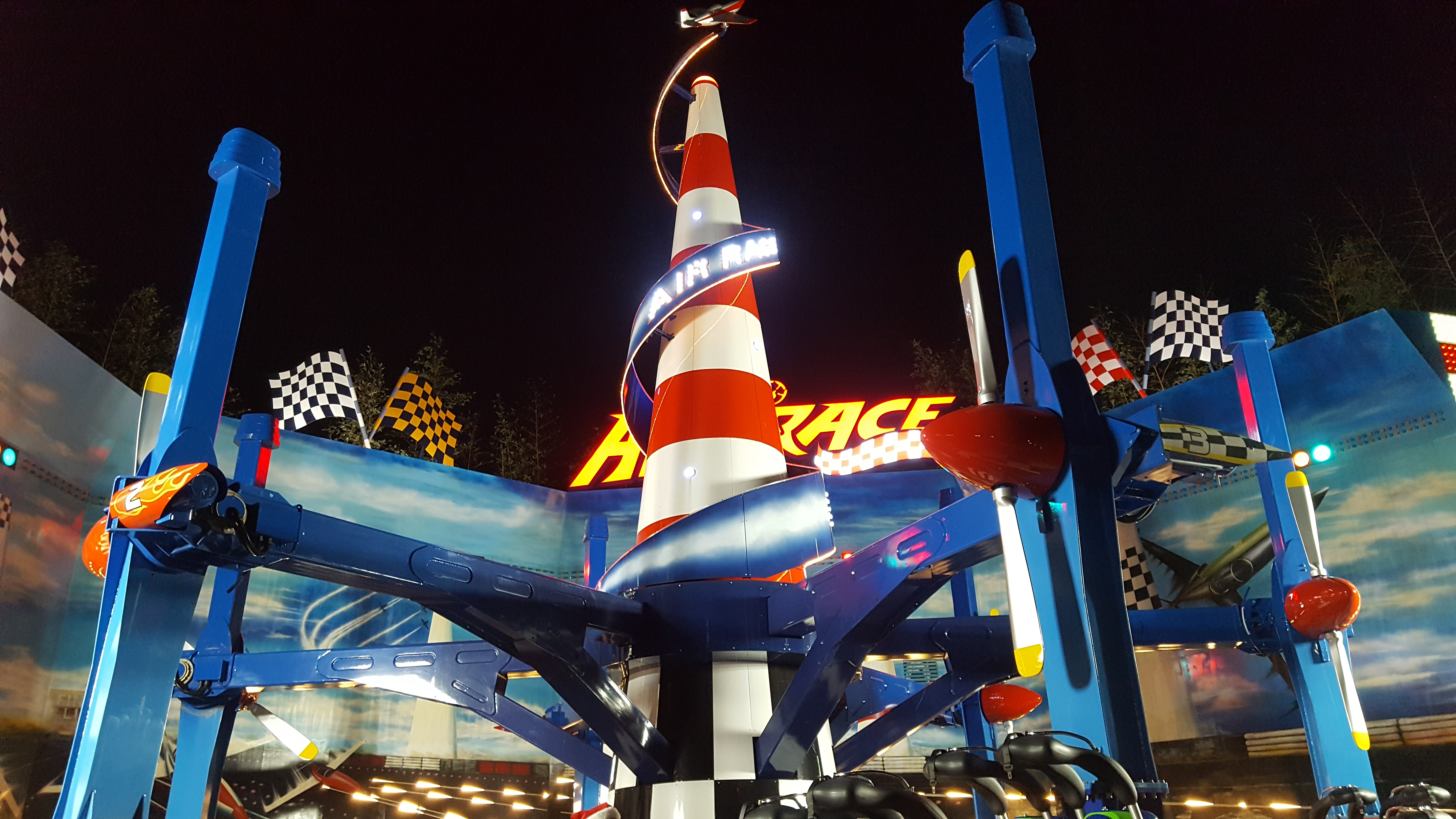 This is called Air Race. I looked up some videos for this ride and it was so crazy. I’m not going to ride it. I feel dizzy already, ha. 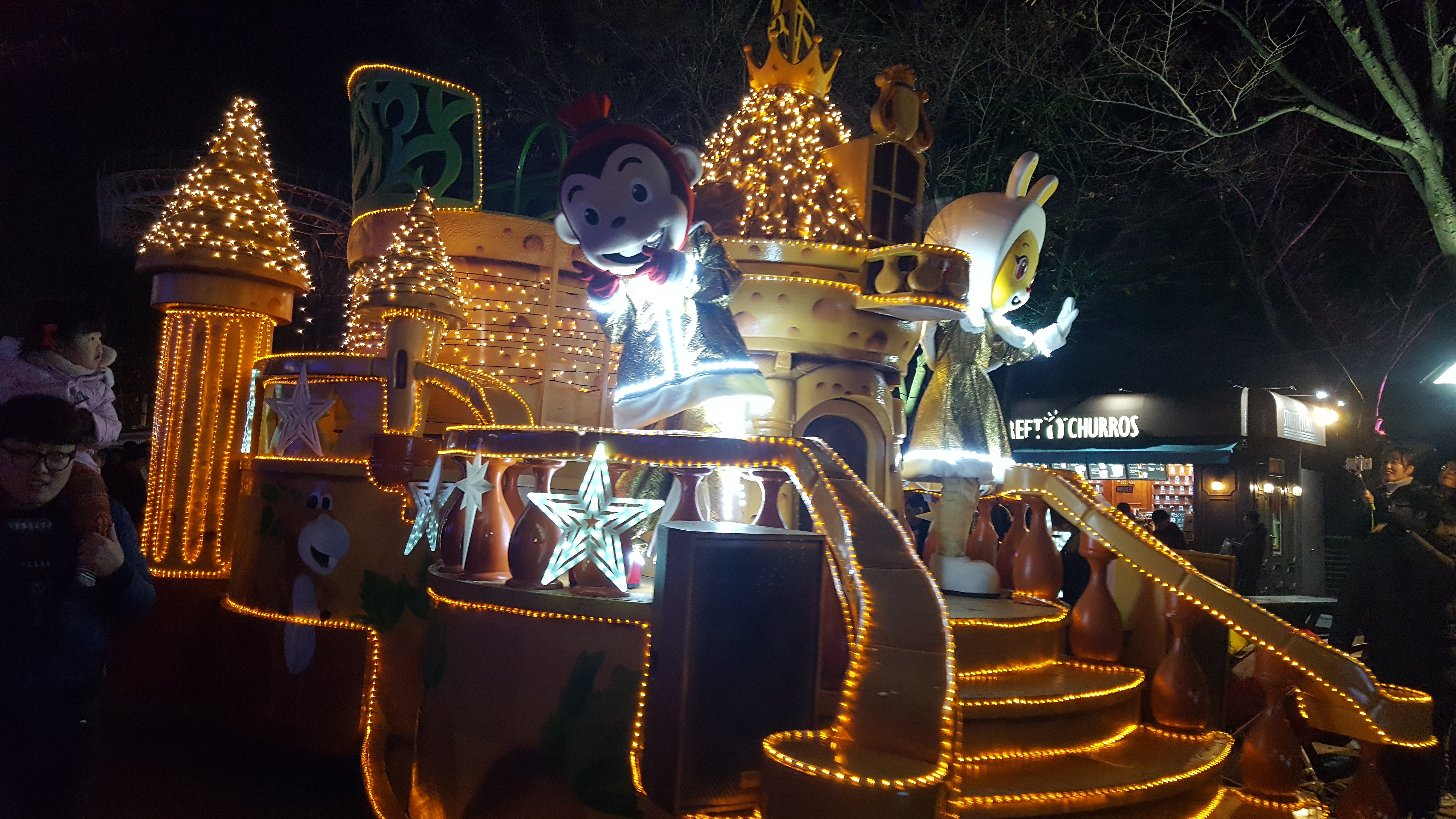 He said he didn’t even know what it was but he just took a picture of it because it seemed to be very fun while they’re marching on the moving castle. 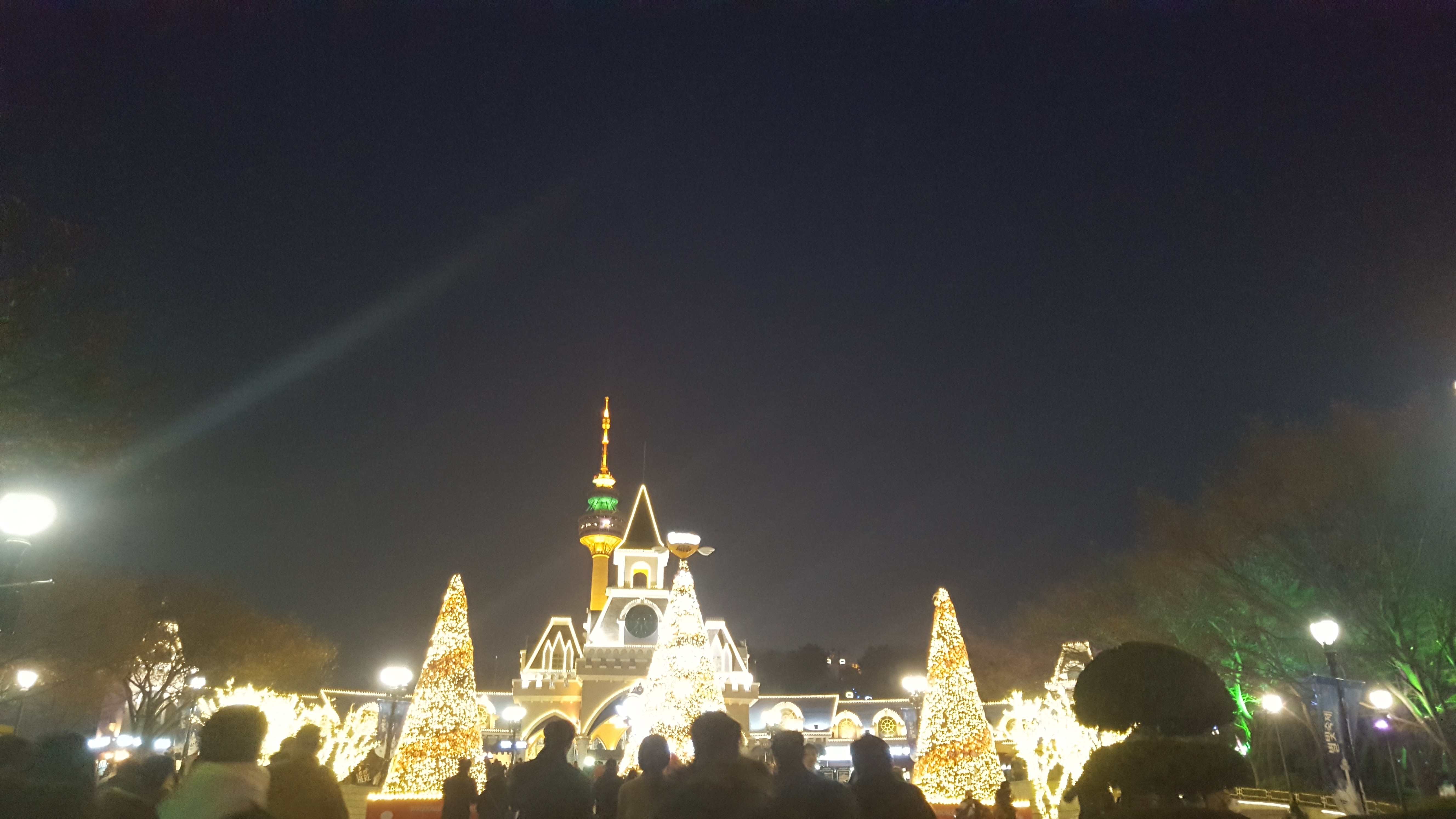 You can see a tower over there and they call it Daegu Tower. Doesn’t it look exactly the same as N-Tower in Seoul? 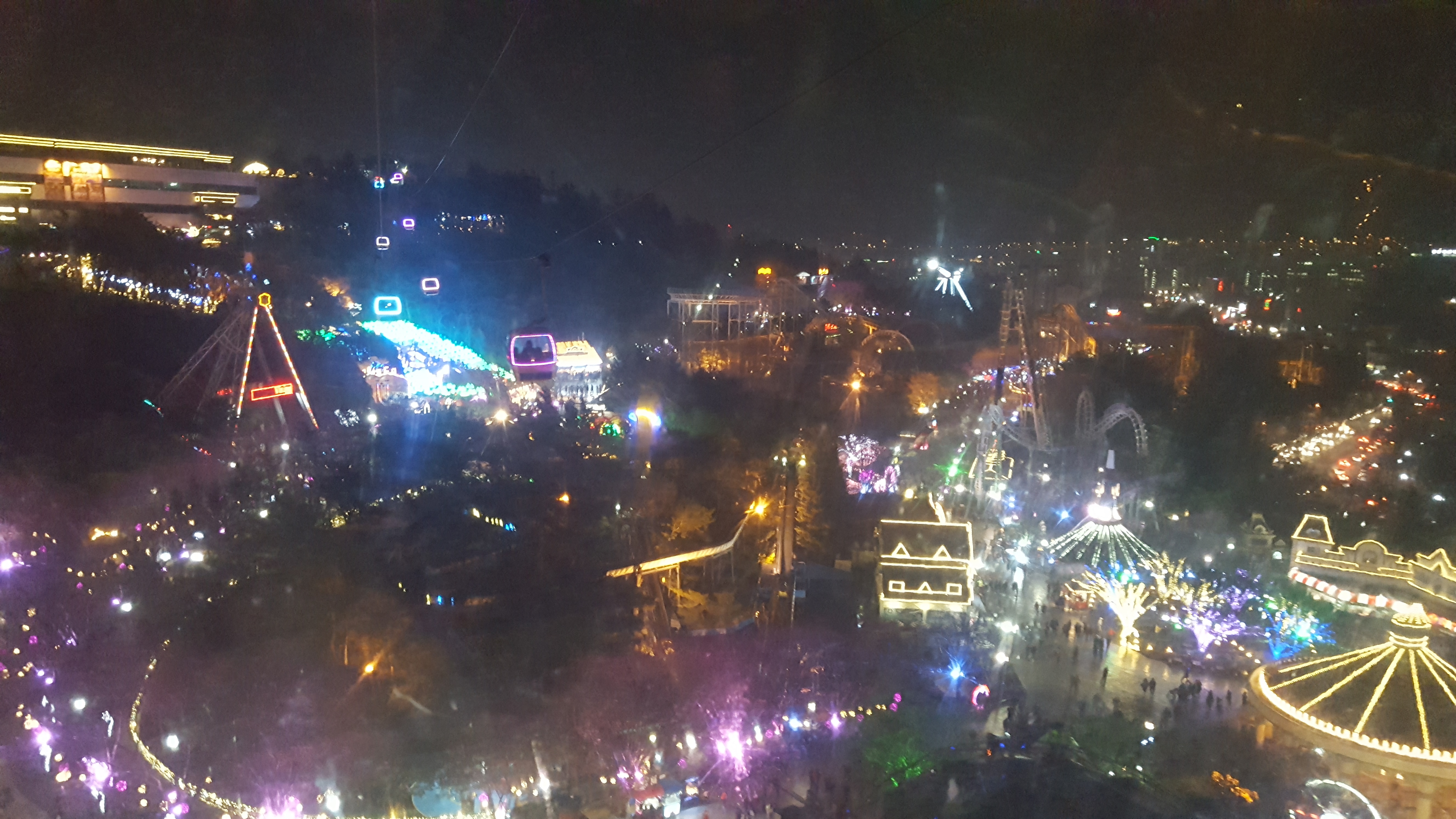 This is the view from the cable car. It is beautiful and colorful at night.

Here’s some more information about this place.